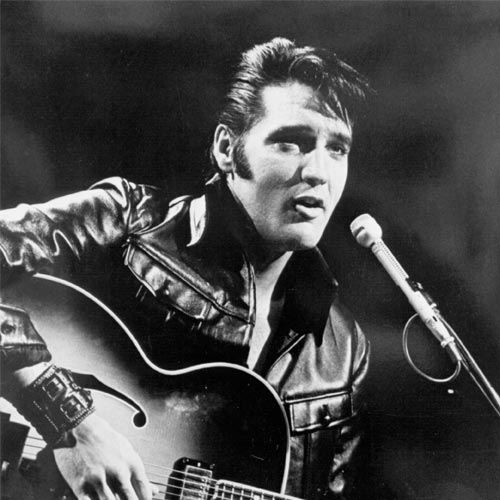 Growing up, I thought my parents were musically challenged, listening mostly to Big Band music, a prejudice shared by my kids about my fondness for classic rock. I think the last CD I bought was Counting Crows. My wife picked up Adele and Adam Lambert, but since her musical tastes run toward Barbara Streisand and Bette Midler, I’m pretty sure her playlist gets an asterisk.

It was my mother’s brother who introduced me to Elvis Presley. Though barely housebroken, I spent an entire summer, dawn to dusk, singing “Hound Dog.” Since he grew up to be a NASA engineer, I’m thinking he might be Exhibit A in the rock-and-roll-doesn’t-rot-your-brain argument.

My father’s brother took me to see Endless Summer at one of the first public showings, so long ago there was no soundtrack. Bruce Brown stood at a lectern with a microphone narrating it live. But I digress.

One evening I was exhausted after a long and mostly shitty day at work. I was stretched out on the bed watching TV when my daughter, then ten years old, came in my bedroom and demurely asked for my help. Begrudgingly, grumbling under my breath, I trudged into the living room a couple steps behind her. She punched play on my docked i-pod and Elvis launched into “Can’t Help Falling in Love.” She turned, gave a little half curtsy, and asked for a dance. As a parent, sometimes the lessons I should learn, are the ones my children have to teach me.

I would be remiss not to briefly mention a couple of my personal favorites: “Hound Dog,” “Heartbreak Hotel,” “Return to Sender,” “Jailhouse Rock,” “Love Me Tender,” and, of course, the aforementioned “Can’t Help Falling in Love.” With a monster catalog like Presley’s, an awful lot of great songs aren’t going to make the cut unless your list’s as fat as a five-borough phone book.

Reviewers tend to revere Elvis the rocker and dismiss the cheeseball balladeer and the “fat, fringed, and strung out doing two shows a night” Vegas headliner. That’s a mistake. They were all the same man. What’s more, the millions of women who idolize him (including Ida Mae Williams, Honey’s trailer park neighbor) who swoon more for that Elvis than my Elvis. So call this list representative of the Complete Pelvis Shaker, with nods to all three incarnations of the King.

Even without a true drummer (I think Elvis’ bumping hips provide the rhythm, but I can’t be sure) this song rocks. Sam Phillips said if he found a white boy who could sing “black” he’d make a lot of money, but what we hear fifty years on is pure swagger, the envy of any modern-day rapper. The race issue amazes decades later, but it’s notable that on one of Elvis’ first radio interviews he was asked where he went to high school – a subtle giveaway that told the listening audience that this upstart wasn’t black. Also notable is this observation from bassist Bill Black, uttered after this track’s master take: “Damn. Get that on the radio and they’ll run us out of town.”

I suppose it’s cheating to include two songs from Elvis’ “Sun Sessions,” still the best music the man ever made, but if “That’s All Right” exhibits the King’s blues side, this shows off his country side. Put them together and what do you have? Hear him hit that high note or when he chug-a-lugs on the choruses – the man sure could sing. And the lo-fi production and bare bones arrangement is as punk as it gets. 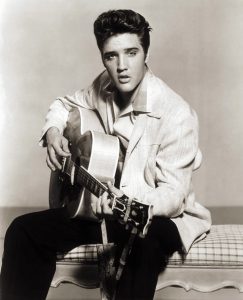 Elvis may have been the only original rock and roller not to write his own songs, but his hired guns were only the best, from Otis Blackwell to Leiber/Stoller. This one, originally penned for Del Shannon, comes from Mort Shuman and Doc Pomus, authors of the Drifters’ magnificent “Save the Last Dance for Me.” Del’s version leans a little more on the Bo Diddley rhythm and boasts an embarrassingly tortured vocal, but Elvis’ version is pure ease and ebullience even in the face of lost love and heartbreak. A master class in songwriting and a great performance. Incidentally, the Smiths swiped the feel/chord progression of this song for “Rusholme Ruffians,” a tale of teenage violence at a carnival.

Another Pomus/Shuman special, this one from the soundtrack of Viva Las Vegas. I picked this one because it reminds me of the “saloon songs” Sinatra sang in the mid-fifties, which should provide a big clue as to Elvis’ longevity. I have nothing against “Can’t Help Falling In Love With You” or “It’s Now or Never,” but this is subtler, and absolutely lovely. No wonder the ladies melted into a puddle at that baritone. 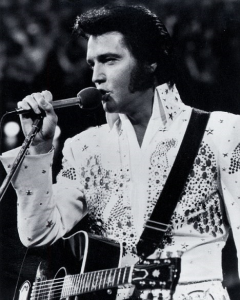 “We’re caught in a trap/I can’t walk out/Because I love you too much, baby” – has there ever been a more trenchant opening line to a song? And that fluttering guitar riff! Feeling stuck in Hollywood mediocrity and struggling to be relevant again, Presley marched back to basics and recorded in the American Sound Studio, the site of such greatness as the Box Tops and Dusty Springfield’s Dusty in Memphis. This is the best-known track from this period in his life, a well-deserved number one, adulthood without sacrificing his cool.

This scorcher reminds me of classic Creedence, except John Fogerty never wrote about sex (no, not even once). “The flames are licking my body?” Ladies , watch out. It’s downright bizarre that this song was kept from the top spot (in 1972, the year of Ziggy Stardust and Bob Marley’s debut on Island!) by “My Ding a Ling,” the worst song Chuck Berry ever recorded.

Sometimes you have to wonder.