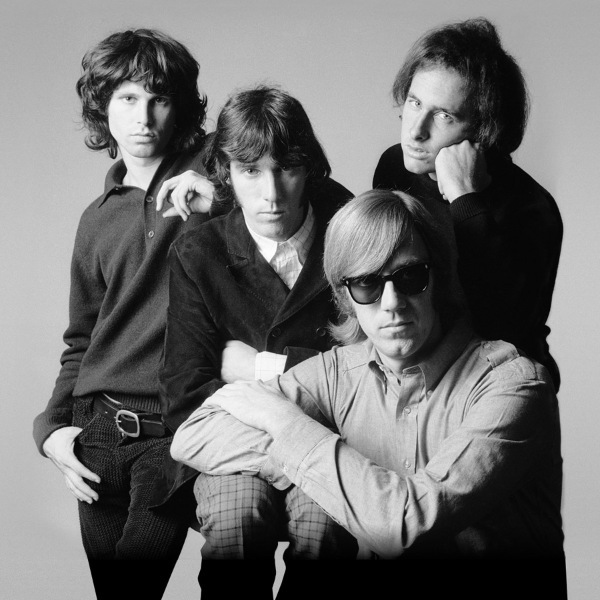 The Doors in Five Songs

In my barely post-pubescent days before the Doors, I read Leonard Cohen and listened mostly to folk music. “Light My Fire” was my gateway drug to rock and roll. The dark, primal undercurrent lurking in their music drew me in. It should come as no surprise my list draws heavily from their self-titled debut record. The album contains most of their best songs. Rhino’s superb 2001 compilation, The Very Best of The Doors, cribs heavily from the record as well: six of the sixteen tracks, including uncut/uncensored versions of “Break on Through” and “The End.”

I would have been perfectly happy to pick five songs from their first release and called it quits. That would be honest but not very exciting. My editors, as they keep reminding me, expect exciting. So, I axed “The Crystal Ship,” probably my favorite track, and “Twentieth Century Fox,” “Soul Kitchen,” and “The End,” but left the two undeniable heavyweights that top the list.

“Break on Through” is a brooding example of the whole being greater than the sum of its parts, and there’s some pretty amazing parts. Once things get rolling, you know something remarkable’s going to happen. Seduced by the muscular guitar riffs and Morrison’s raw, hypnotic vocals, I still listen to this song like my hair’s on fire.

What was on the other side for Morrison (besides fame and fortune and a lucrative recording contract)? The near edge of the infinite? A Dionysian gathering of friends in endless cycles of debauchery? One thing’s for sure: getting there wasn’t going to be a painless process, but for Morrison, that seems to have been the point. The act of being born, or in this case reborn, requires a painful labor. In Paris, 1971, after years of treating his body less like a temple than an amusement park, what did Morrison find? Is Mr Mojo Risin a cheating peek around the corner at the possible?

Take the time to listen to the uncensored version of the song, in which Morrison’s original lyric, “She get high,” is restored to all its glory. 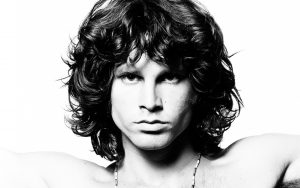 For someone who’s word-driven like me, it’s surprising a song so lyrically weak made the list but it’s a classic. From the very first time I heard this song in all its feral furry, I was hooked. From Manzarek ripping off Bach for the opening organ lick to Morrison’s final throat-ripping scream, it is a landmark, band-defining and even era-defining track.

Jazz haters: tell me why fans of this song can hum every bar of Manzarek and Krieger’s solos in what amounts to a musical duel to the death? This is not improvisation per se, but when they lock in on the climactic last section of the instrumental passage there’s no denying they had a way of making music that worked.

The Doors are blessed and cursed with arguably the most charismatic front man in rock history. In two verses, Morrison establishes himself as the genres’ reigning sex symbol.

By all accounts Strange Days was recorded too soon to be a worthy sequel to their debut – Elektra’s Jac Holzman wanted to strike while the beefcake  was hot. “Love Me Two Times” and “People are Strange” are classics, but the former was written by Krieger and the latter had a big assist from Manzarek on tack piano. If moved to pick a runner up to those, a song more Morrison than his bandmates, I’d choose this deep cut, which has great atmosphere thanks to Douglas Lubhan’s bass playing.

Among sixties artists, the usage of the now politically incorrect sobriquet “little girl” is almost exclusive to the Doors. In “L.A. Woman” (“little girls in their Hollywood bungalows”), Howlin’ Wolf’s “Back Door Man” (“the men don’t know but the little girls understand”) and Bertolt Brecht’s “Alabama Song/Whisky Bar” (“show me the way to the next little girl”).

When I hear the phrase, I think of under-aged runaways, like the ones who fell under the murderous spell of Charles Manson. The creepiness factor is rounded over by Manzarak’s harpsichord, conjuring courtly love with its nicely ironic counterpoint.

According to his bandmates, Morrison had tired of making music, which explains why Waiting for the Sun and The Soft Parade are their two worst records. Desperate to compensate for the frontman not pulling his weight, they cobbled this song out of his ream of unused lyrics. Ray Davies sued because the melody and chord progression are similar to “All Day and All of the Night,” but this is without question the superior song. Great lyric, too – “Do you hope to pluck this dusky jewel” put this into the category of oblique, interracial love songs (like Neil Young’s “Cinnamon Girl”).

This song’s a lot better played live garage-style than it is in the original, overly-produced, studio recording. 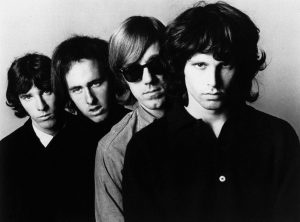 Though critics are quick to point out the Doors’ blues influences, they really didn’t shine through until the last two records, in much the same way the Beatles (The White Album and Let it Be) and the Stones (Beggars Banquet and Let it Bleed) “got back to their roots” in contemporaneous albums. Morrison Hotel and L.A. Woman reaffirmed why I tuned in and turned on to the Doors in the first place. “The Wasp” is about border radio as a utopia for those who are “stoned, immaculate.”

Early in Mr Mojo Risin, I give the reader a sneak peek at a novel backstory for “L.A. Woman.” In the sequel, Agnew on Mt. Rushmore, I flesh out all the lurid details. Stay tuned.